Renowned for his large-scale operas and his somewhat controversial ideology, Richard Wagner cut a curious figure, dressed in fine silks and living a princely lifestyle later in life. Wagner's life is chronicled here by Kevin Painting, in a rich text that was originally published in the booklet majesticPENTATONEWagner Ring boxset.

In his somewhat unreliable memoirsMein Leben,published in 1870,Richard Wagnerrelates how on 7 May 1849 during the Dresden uprisings he witnessed the opera house bursting into flames. “For a long time”, he writes, “men of taste had vainly cried aloud for the abolition of this ugly building which was such an eyesore”. (Only a few weeks previously on Palm Sunday he had conducted an acclaimed performance of Beethoven’s Ninth Symphony there). On the morning after the fire, a member of the communal guard noticed Wagner clambering over a barricade. Echoing Schiller’sOde to Joythe guard quipped “Herr Kapellmeister, der Freude schöner Götterfunken hat gezündet!” (“Mr Kapellmeister, the divine spark of joy has ignited!”).

It was a spectacular end to his tenure as Kapellmeister in Dresden. This young-ish composer, conductor, philosopher, polemicist and firebrand was active in revolutionary politics and wrote several inflammatory articles under the pseudonym,W. Freudenfeuer(literally ‘W. Bonfire’). Two days after the opera house fire he fled the city, later turning up on Liszt’s doorstep in Weimar as a wanted man. Wagner wrote “I found it difficult to tell my friend that I had not left Dresden in an entirely regular way”. Nevertheless, later the same month Liszt helped him cross the border into Switzerland with forged papers. Had his career finished altogether at this point, Wagner would be remembered today as a colourful, abrasive and egotistical figure who wrote three fine operas:Der fliegende Holländer,LohengrinandTannhäuser.  But the flight from Dresden represents a watershed in his charmed life: thereafter, nothing would be quite the same.

It is fairly common to detect the early promise of genius in young musicians but not so with Wagner. Mozart, Mendelssohn and Saint-Saëns were all child prodigies, but even Wagner’s early compositions show little intimation of the towering musical figure he would later become.

Wilhelm Richard Wagner was born into a large family on 22 May 1813 in Leipzig, the family moving to Dresden the following year. He showed an early passion for literature and the theatre and while he was still at school he wrote his first dramaLeubald,a rather lurid Shakespearean tragedy. As a musician he was largely self-taught and like Berlioz he was not proficient on any instrument. But performances of Beethoven’sFidelioand Weber’sDer Freischutzfuelled his interest in composing music and in 1831, he enrolled for studies at Leipzig University.

Rebellious, headstrong and opinionated, he quickly established a reputation for carousing, womanising, gambling and recklessness. Nevertheless, his great musicality was already evident and his studies in counterpoint with Thomas Weinlig were terminated after six months as Weinlig felt that he had nothing more to offer him. Wagner made sketches for an operaDie Hochzeitbut his first completed opera wasDie Feen(1834) which was only performed in 1888 after his death.

The years following his student days were rent with disappointment, penury and his habit of overspending and fleeing from creditors. First as a choral conductor in  Würzburg, then as musical director of a theatre company in Magdeburg, he learned his trade the hard way – through a series of disappointments. His second opera,Das Liebesverbot(based on Shakespeare’sMeasure for Measure) flopped on its first performance in 1836; its hoped for success was supposed to wipe out his gambling debts and it succeeded in bankrupting the theatre company. Nevertheless he had fallen in love with Wilhelmine (‘Minna’) Planer, an actress from Magdeburg and his soon to be long-suffering wife for 30 years. They left for Königsberg where they stayed until creditors caught up with them, moving in 1837 to Riga where, as an opera conductor, Wagner started work onRienzi, the opera that would be his first success. Fired from his position (presumably for ruffling too many feathers) and pursued by creditors, they fled the country via a smugglers’ route to Paris (via London) in 1839.

In Paris, Wagner gambled that he could persuade influential contacts to presentRienziat theOpéra de Paris. But apart from the support of the successful opera composer Giacomo Meyerbeer, people were rather indifferent to him and his music. Reduced to near poverty for three years, he survived with hack-work  – writing articles, making arrangements of dance music, composing songs and orchestral pieces (including a rather half-hearted overture onRule Britannia!). The penury he endured instilled a deep sense of resentment towards the French conservative musical establishment which he would later attack in his writings. In his later memoirs he would even airbrush out the unmistakeable influence that Berlioz had on his music and disparage the music of Giacomo Meyerbeer.

But it was Meyerbeer himself who threw a lifeline to Wagner.  He recommended his operaRienzifor its first performance in Dresden (ironically the opera itself owes much to Meyerbeer’s own style). Wagner had to borrow money to travel to Dresden for the premiere on October 20, 1842. It was a great success and made Wagner famous. And so when the Dresden Kapellmeister Francesco Morlacchi died shortly after, Wagner (in a magnificent stroke of good fortune) was invited to fill the vacant position. His reputation increasing, he produced his first acknowledged masterpiece,Der fliegende Holländerin February 1843, followed byTannhäuserin 1845;Lohengrinwas written in Dresden but first performed in Weimar under Liszt’s baton in 1850.

When Wagner climbed over the barricades in Dresden after the fire at the opera house in May 1849, he may have wondered during his subsequent flight whether his ill-fated involvement with radical politics had consigned his musical career to the flames as well. , He hardly wrote a note of music for the first few years of his 12-year exile (mostly spent in Switzerland) and there would not be another premiere until 1865.

The “time out” was important for his own intellectual development and the promotion of his influential and groundbreaking ideas in art and music which he published in two volumes,The Artwork of the FutureandOpera and Drama. (He would later write other dubious essays on subjects diverse as vegetarianism, hygiene and race). He also completed the librettos for the four music dramas which would become the monumental tetralogy,Der Ring des Nibelungen(The Ring of the Nibelung). Disillusioned with politics, in 1853 he discovered the works of the philosopher Arthur Schopenhauer whose ideas would profoundly transform his outlook on life and the shape of his mature works.

In the 1850s, Wagner was perennially cash-strapped and living off the generosity of others. Resorting to conducting to make money, he describes in his memoirs one visit to London in 1856 to give a series of concerts for the Philharmonic Society. While the concerts were not a success, he did meet Queen Victoria and Prince Albert who were eager to hear the overture fromTannhäuser. Wagner was charmed by the encounter, writing to Liszt “These two were the first people in England who dared to speak in my favour openly and undisguisedly, and if you consider that they had to deal with a political outlaw, charged with high treason and wanted by the police, you will think it natural that I am sincerely grateful to both”.

The 1850s too saw a number of extramarital affairs most notably with Mathilde Wesendonck, the wife of the wealthy silk merchant Otto Wesendonck. She was undoubtedly the muse for perhaps Wagner’s most seminal opera, the astonishing  Tristan und Isolde, a work steeped in the ideas of Schopenhauer and frequently described as the starting point of modern music. Wagner wrote the opera between 1856 – 1859 and it was a source of much frustration to get the work performed (finally achieved in 1865). Wagner shelved work on his Ring cycle to write this ravishing, sensuous masterpiece, but he did however find time to set some of Mathilde’s poetry to music (Wesendonck Liederfor voice and piano), some of the themes making their way into the opera. 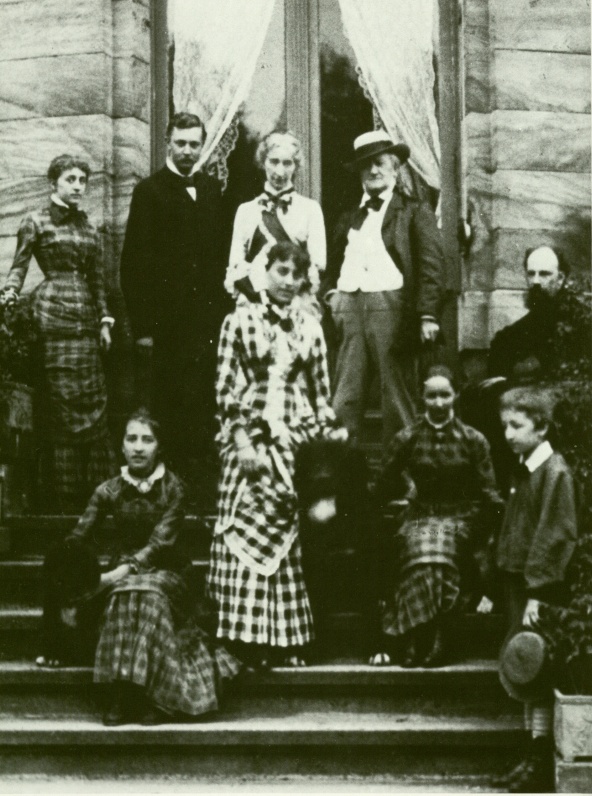 However, this dysfunctional domestic situation could not last and in 1859 Otto paid for the Wagners’ travel to Paris. Thanks to a political amnesty in Germany in 1860, Wagner had a greater freedom to travel and the couple spent the next few years in a nomadic existence, frequently separated and usually dodging creditors. But thecoup de gracefor their troubled marriage came in 1863.  He fell in love with a woman 24 years his junior, Cosima von Bülow, the daughter of his champion Franz Liszt and wife of the famous pianist and conductor Hans von Bülow. They moved in together following the death of Minna Wagner in 1866, and eventually married in 1870 but not before they had three children together (Eva, Isolde and Siegfried).

Wagner’s second magnificent stroke of fortune came in May 1864 when the young star-struck King Ludwig II of Bavaria invited him to Munich and promised to underwrite all his projects. Thanks to his generosity, Munich would see the premieres ofTristan und Isolde,Die Meistersinger von Nürnbergand, with some reluctance from Wagner,  the first two parts ofThe Ring–Das RheingoldandDie Walküre. With unlimited funds, it allowed Wagner’s imagination to take wings (especially dreams of a festival theatre dedicated to his works and built to his technical specifications). But things quickly started to go pear-shaped for Wagner; it was bad enough to be arrogant and recklessly extravagant but his dabbling in local politics was inexcusable and he was effectively forced into exile in December 1865 to Switzerland. He still however retained the patronage of the doting King who paid for a palatial villa in Tribschen on Lake Lucerne where Wagner would live until 1872.

Eventually Wagner’s dreams for a festival theatre were realised and its cornerstone was laid in May 1872 in the small Bavarian town of Bayreuth. Wagner moved into a specially constructed villa nearby which he christenedWahnfriedin homage to his beloved Schopenhauer, the villa bearing Wagner’s inscription “Hier wo mein Wähnen Frieden fand – Wahnfried – sei dieses Haus von mir benannt”. (“Here where my delusions have found peace, let this place be named Wahnfried”).

The Festspielhaus in Bayreuth

The Bayreuth Festival Theatre opened to great pomp and ceremony on 13 August 1876 for the first complete performance ofDer Ring des Nibelungen: it was the most talked about musical event of the decade by the most talked about composer in Europe. Wagner was a gambler by nature and this was his biggest gamble yet as there was no guarantee of success, but this time it paid off handsomely and for once he didn’t end up being chased by creditors.

From the luxurious Villa Wahnfried, and basking in the international acclaim, his final years were spent on a number of pet projects – finishing what would be his last operaParsifal, writing two volumes of memoirs and other essays, and a fling (which Cosima tolerated) with the beautiful (but married) Judith Mendes, daughter of the poet Théophile Gautier. He died in Venice of heart failure on 13 February 1883 and was buried in the grounds of Villa Wahnfried in a mausoleum which he had designed years previously.

Wagner cuts a curious figure in his later years, dressed in fine silks and living a princely lifestyle he seems to have more in common with the decadent Italian poet and demagogue Gabriele D’Annunzio than the young firebrand who climbed the barricades in Dresden. But maybe he never lost his revolutionary zeal, after allGötterdämmerungends with the fiery destruction of Valhalla and the end of the established order. Perhaps Wagner of all people would have appreciated the irony that his handwritten scores ofDas Rheingold, Die WalküreandDie Meistersinger von Nürnberg,which he had presented to King Ludwig II, would end up being consumed by flames in the conflagration which destroyed the notorious bunker under the German Chancellery in Berlin in 1945.