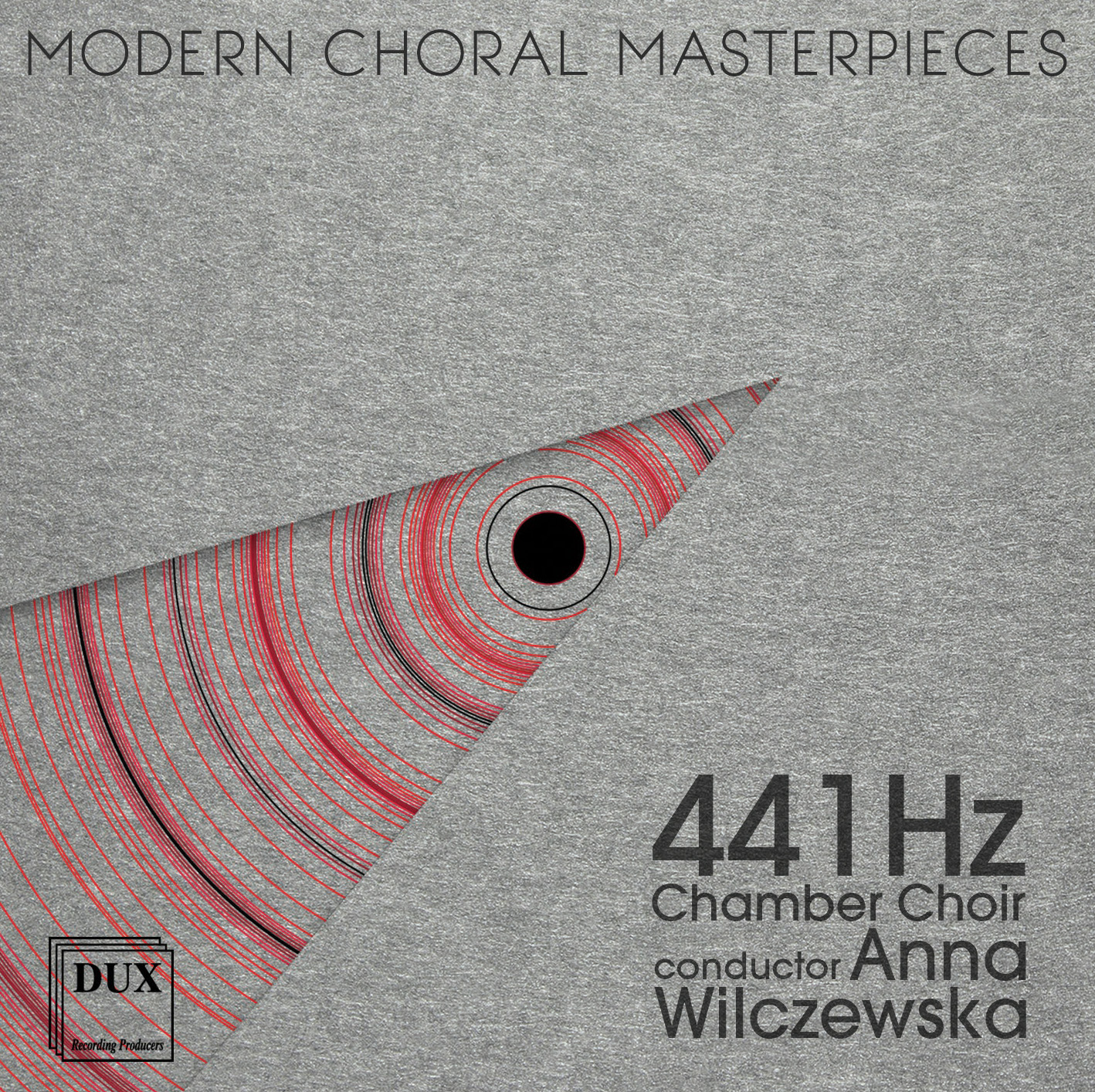 This time 102 years ago, a charter was granted to the Institute of Musical Art in New York, which soon became the Juilliard School. The school has produced some of classical music's finest musicians and composers. The names Philip Glass, Stephen Hough, Lera Auerbach, Eric Whitacre and John Williams are only a handful out of the vast amount of composers and performers who are part of Juilliard’s unique lineage. Let us guide you through a selection from the alumni list!

“I was really looking for a trade school, and that was Juilliard par excellence.” Philip Glass has proved to be a fearless catalyst in a new musical aesthetic that revolutionised the public perception of art music. Philip Glass’s musical style has evolved significantly since his minimalist years – nowadays he describes himself as a composer of "music with repetitive structures" rather than a minimalist. His wide-ranging collaborations have included projects with David Bowie, Woody Allen, Ravi Shankar and Allen Ginsberg. He was one of the principal figures in establishing minimalism in the 1960s and has since become one of the most critically acclaimed and globally successful composers of his generation.

“I loved being in New York in the early 1980s. It was still very Bohemian, especially in Greenwich Village. You would hear the last generation of Jewish immigrants speaking Yiddish everywhere – they formed the backbone of the New York community.” Stephen Hough speaks fondly of his time spent in New York, during his Juilliard years. The English pianist and composer has recorded over 50 albums of the standard piano repertoire as well as many albums of his own compositions, such as Broken Branches on the BIS record label and Other Love Songs on Linn Records. His album In the Night features his second Piano Sonata, Notturno Luminoso and his cello sonata, played by Stephen Isserlis. His Missa Mirabilis was recorded by the Colorado Symphony, with Andrew Litton conducting. There he studied piano and it was in New York that he was catapulted to fame after winning the Naumburg International Piano Competition.

“I don’t know if you remember the movie Fame, where everyone was dancing on the tabletops – somewhere in my mind I thought Juilliard would be like that.” Whitacre earned his master’s degree at the Juilliard School, where he studied with John Corigliano and David Diamond. While at Juilliard, he met his future wife, the Israeli soprano Hila Plitmann and the composers Steve Bryant and Jonathan Newman who went on to become two of his closest friends. Whitacre’s breakthrough hit was his Ghost Train for wind band, which catapulted him to fame. Composer and conductor Eric Whitacre is renowned for his choral music and has recently been appointed artist in residence with the Los Angeles Master Chorale.

Lera Auerbach studied composition at the Juilliard school with Milton Babbitt and piano with Joseph Kalichstein, having defected from Soviet Russia. She has composed an astounding amount of repertoire, with many commissions from world class performers such as Gidon Kremer, with whom she made her Carnegie Hall début in 2002, performing her suite for Violin, Piano and Orchestra. She has made many fine recordings with various labels. Her albums with the BIS record label include 24 Preludes, Tolstoy’s Waltz, Ballet for a Lonely Violinist and Preludes and Dreams.

John Williams, famed for his film scores in a style that may be described as neo-romantic, took up study at the Juilliard School after serving in the Air Force. There he studied piano with Rosina Lhévinne, during which time he worked as a jazz pianist in New York’s many jazz clubs. Williams had previously studied composition at UCLA with Mario Castelnuovo-Tedesco so he had many years of composition prowess under his belt by this stage. Thereafter, he gained attention in Hollywood for his movie orchestrations and for composing jazz and symphonic music. His name seems to be the most oft-repeated with regard to orchestral composition of the modern age, with a broad popular appeal whilst sticking to the European romantic traditions of Wagner and Mahler.

Acclaimed cellist Yo Yo Ma studied with Leonard Rose at the Juilliard School and he also studied humanities at Harvard University from 1972 to 1976 while continuing his musical activities. During his student years, he performed during the summer at the renowned Marlboro Music Festival. His fulltime solo career was launched in 1976 when he won the Avery Fischer Prize. Yo Yo Ma currently performs with his own ensemble, the Silk Road Ensemble. It is made up of musicians from diverse countries, all of which have historical associations with the Silk Road. The ensemble promotes and encompasses a range of artistic, cultural and educational programmes and regularly commissions new works from a broad range of contemporary composers.

Yo-Yo Ma is one of the world’s most celebrated musicians who has enjoyed a prolific career as a soloist and chamber musician. His playing is known for its warm mellow tone, impeccable technique, sensitive musicianship and strongly defined characterisations. Ma has recorded extensively throughout his career: his discography consists of a large amount of the major Classical and Romantic recital works and concertos as well as chamber music. In addition to superb recordings of the standard classical cello repertoire, he is renowned for his original collaborations with artists of other genres, from Bluegrass to traditional Chinese music.

James Ehnes was born in 1976 in Brandon, Manitoba, Canada. He began violin studies at the age of four, and at age nine became a protégé of the noted Canadian violinist Francis Chaplin. He studied with Sally Thomas at the Meadowmount School of Music and from 1993 to 1997 at The Juilliard School, winning the Peter Mennin Prize for Outstanding Achievement and Leadership in Music upon his graduation. Mr. Ehnes first gained national recognition in 1987 as winner of the Grand Prize in Strings at the Canadian Music Competition. The following year he won the First Prize in Strings at the Canadian Music Festival, the youngest musician ever to do so.

Widely known as one of the world’s foremost violin virtuosos, Itzhak Perlman is renowned for his remarkable artistry as well as for his joy in making music and his warm charm. Over the past twenty years, Itzhak Perlman has become increasingly involved in music education through the Itzhak Perlman Music Program as well as the Juilliard School.

Anne Akiko Meyers is an American violinist who is widely acclaimed for her pure sound, passionate and poetic interpretations, and her drive in commissioning new compositions. Meyers has been a regular at Carnegie Hall, the Hollywood Bowl, the Sydney Opera House and many other of the world’s premier venues. She has appeared as soloist with many top orchestras, including the BBC Scottish Symphony Orchestra, Boston Symphony, London’s Philharmonia Orchestra, Sydney Symphony Orchestra, New York Philharmonic and the Philadelphia Orchestra.

Anne Akiko Meyers was born in San Diego, California to an American father and a Japanese mother. She made her début aged twelve with the New York Philharmonic with Zubin Mehta conducting. She graduated from the Juilliard School in 1990 where she had studied with Dorothy DeLay, Felix Galimir and Masao Kawasaki.

Violist Nadia Sirota has been named ‘a one-woman contemporary-classical commissioning machine’ (Pitchfork) and a ‘bold new-music interpreter and the violist of choice among downtown ensembles these days’ (The New York Times). She studied for six years at the Julliard School in New York, obtaining an undergraduate and Master’s degree. There, she became acquainted with the composer Nico Muhly. As a student Sirota was often busy creating new projects. She was a co-founder of the AXIOM ensemble and created the Juilliard Plays Juilliard programme for student composers and performers.