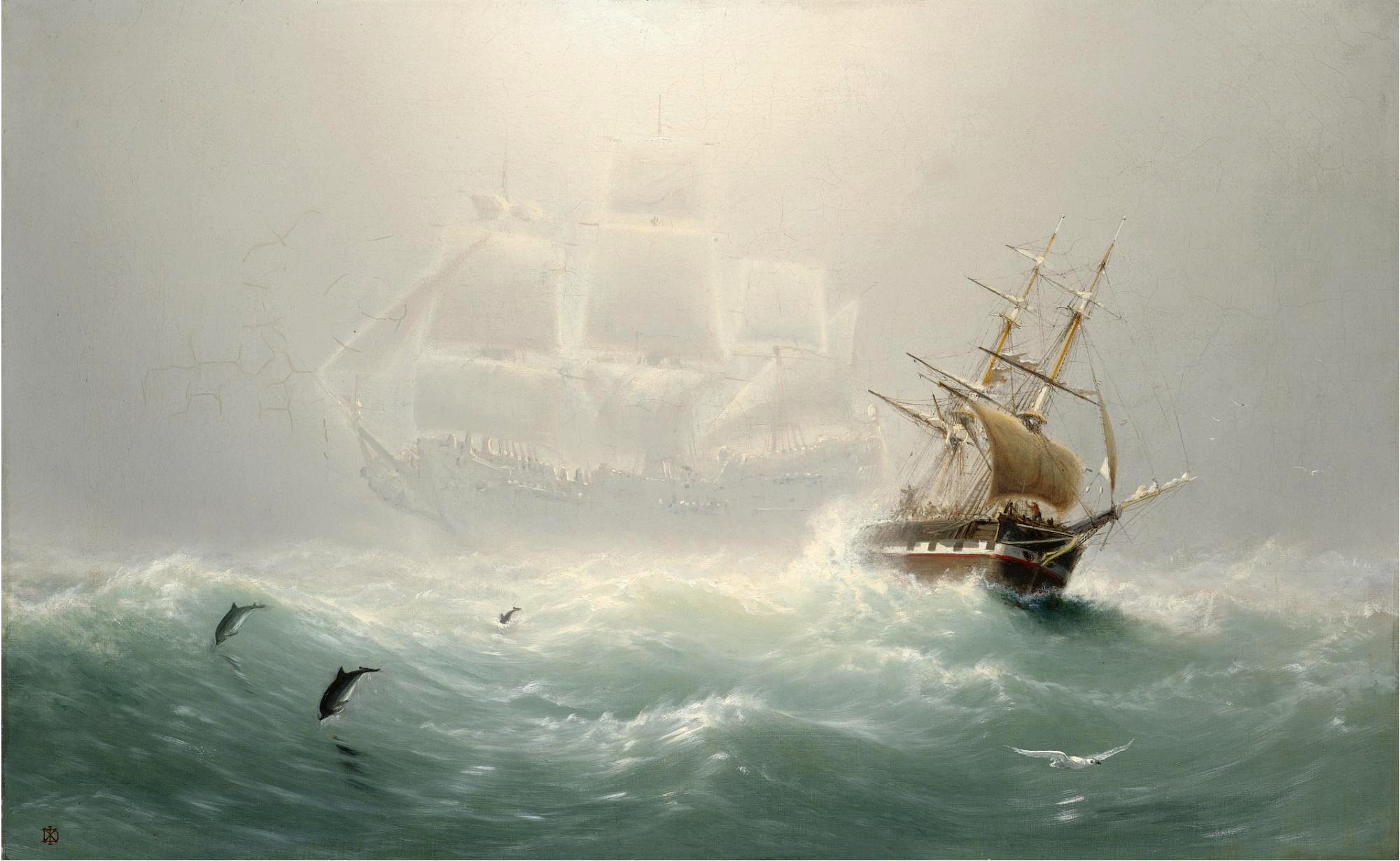 Sacked from his job in Riga and pursued by his creditors, Wagner did what anyone else in his position would have done – he made a run for it.Under the cover of darkness he slipped across the heavily-policed border into Prussia with his wife Minna and their trusty Newfoundland dog Robber, pinning their hopes on a brighter future in Paris where at last he might find fame and fortune. (Spoiler alert: he didn’t).

As a long overland journey to Paris with Robber was unthinkable, they decided to travel by sea instead and on 19 July 1839 they left the east Prussian port of Pillau on board the Thetis whose captain turned a blind eye to the presence of these undocumented economic migrants.

Writing years later he said that the perilous sea crossing to London with a forced stop at a haven in Norway directly inspired him to write Der fliegende Holländer (The Flying Dutchman), his first undoubted masterpiece. At the time the story of the cursed sea captain Hendrik van der Decken and his ghost ship was familiar enough and when Wagner arrived in London, Captain Frederick Marryat’s Gothic novel The Phantom Ship was a bestseller.

Wagner was influenced by Heinrich Heine’s satirical work The Memoirs of Mr von Schnabelewopski in which the Dutchman’s curse can be lifted once every seven years if he wins a woman’s true love.  In Wagner’s version of the story, the redemptive power of love puts an end to the tortured Dutchman’s incessant wanderings. But Heine had a different punchline – the Dutchman is unsuccessful in his quest but only too happy to set sail again for another seven years.

Perhaps Wagner identified with the restless and troubled soul of the Dutchman? After all, he was constantly on the move himself, usually to keep one step ahead of his creditors. As is turned out, Paris was not kind to him in the three precarious years he spent there. People were rather indifferent to his music and he survived with hack-work, writing articles and occasional orchestral pieces, songs and arrangements. He constantly had money problems and once spent three weeks in a debtor’s prison. Even his beloved dog Robber deserted him.

One incident in particular rankled with him. In 1841 he had sold his scenario of The Flying Dutchman to the Paris Opera, in the hope of receiving a commission for the opera itself only to have his ideas stolen (as he saw it). The following year Le vaisseau fantôme by Pierre-Louis Dietsch premiered, its story based on Marryat’s novel and other sources. It sank after 12 performances.

Wagner had one more trick up his sleeve. Seeing the opportunities for self-promotion (and barely two months before the Dutchman’s premiere), Wagner switched the location of the opera from Scotland to Norway to emphasise the autobiographical significance of the work. “The voyage through the Norwegian reefs”, he wrote soon after, “made a wonderful impression on my imagination; the legend of the Flying Dutchman … took on a distinctive, strange colouring that only my sea adventures could have given it”.

Listen to The Flying Dutchman on Primephonic