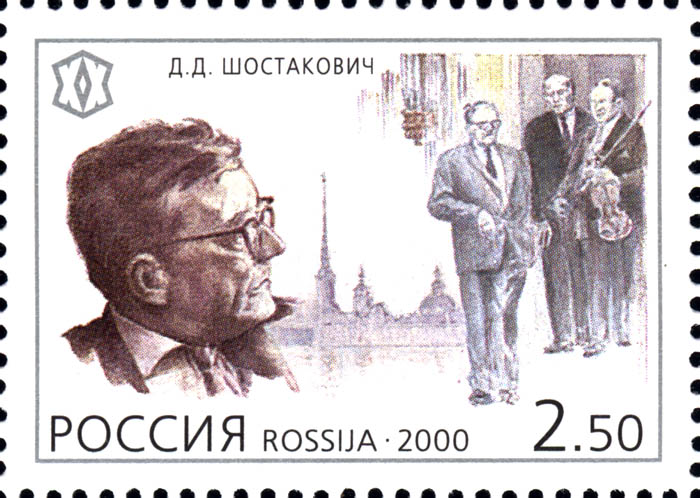 Shostakovich was born on this day in 1906. 20thcentury innovations such as the radio and television made it more possible than ever before for ideas and information to reach a wide audience. This in turn made censorship, not just of the news but of literature, art and music, a requirement for the functioning of any totalitarian state. It is therefore likely thatDmitri Shostakovichnever fully realized how much the Soviet regime needed him.

Classical music has a long history of eliciting the unwanted attention of dictators, with many seeking to class up their otherwise repressive regimes behind a sheen of civility and sophistication. There is also the more sinister and Orwellian rationale that in the era of mass dissemination, those who control the information accessible to the public are also capable of influencing their thinking. This became especially prevalent as 20thcentury innovations such as the radio, television and ultimately the internet made it more possible than ever before to reach a wide audience which in turn made censorship, not just of the news but of literature, art and music, a requirement for the functioning of any totalitarian state.

The two archetypal dictatorships of the 20thcentury – Hitler’s Nazi Germany and Stalin’s Soviet Union – both placed a great deal of importance on promoting music that would glorify their respective countries and the ends they were trying to achieve. For Hitler this involved delving back into the glory days of German Romanticism and twisting the works of Beethoven and Wagner to suit his ends. This approach put him less in conflict with living composers, whom Hitler appeared to show relatively little interest in, as it was far easier to put words into the mouths of the dead. His trouble instead became finding those that would interpret old works the way he wanted, which resulted in his infamous confrontations with Furtwangler and other musicians.

A Russian stamp issued in the year 2000, in Shostakovich's memory

Meanwhile, in the USSR, Stalin took a different approach. For the Soviets the existing pantheon of Russian composers was too small and too flawed to suit their needs. Tchaikovsky, Rachmaninov and the rest of the romantics were too elitist and Euro-centric in their approach, too bourgeois to convincingly represent the struggles of the everyman. Meanwhile, contemporary heroes such as Stravinsky were too modern, unpatriotic and inconveniently sentient to serve as realistic models. The absence of an existing Soviet body of work resulted in the nearly unprecedented attempt to consciously guide the progress of classical music at the state level, just as the Soviet Union was attempting to do in all other aspects of life. But to do that, they needed composers.

Enter Shostakovich, a man of prodigious musical creativity and unique talents, with only a frustratingly agnostic attitude towards socialism and totalitarianism to keep him from being embraced as the de facto composer-in-residence of the Soviet Union. Shostakovich’s relationship with Stalin is incredibly complex and while the two men certainly disagreed on most issues there were times that their views coincided, such as on the importance of boosting morale through patriotic anthems after the Nazi invasion of 1941. Mostly however the composer complied with Stalin’s demands because he feared for his life, and rightfully so, considering what had happened to many of his fellow artists during the Great Purge.

It is likely that Shostakovich never fully realized how much the Soviet regime needed him. His Symphony No. 7, “Leningrad”, delivered in the heart of the Leningrad siege during the Nazi invasion, had completed his transformation into a hero of sorts and the foremost Soviet composer in the world. However, Shostakovich was of no use as a composer if he could not be controlled. After his Leningrad symphony, his next two symphonic works – his Eighth and Ninth Symphonies – were  promptly banned in a searing proclamation that also singled out dozens of “formalist” works by composers ranging from Prokofiev to Popov. The Union of Soviet Composers, an organization heavily under the watchful eye of Stalin, quickly yapped their approval and, adding insult to injury, invited Shostakovich to speak at their next meeting. The result was one of the most humiliating episodes of Shostakovich’s life, in which he was forced to repudiate his own work and prostrate himself before a group of composers who were clearly his intellectual inferiors. After praising the efforts of other Soviet artists he humbly declared, “The absence, in my works, of the interpretation of folk art, that great spirit by which our people lives, has been with utmost clarity and definiteness pointed out by the Central Committee of the All-Union Communist Party. I am deeply grateful for it and for all the criticism contained in the Resolution.” Although his words sounded calm and conciliatory, inside Shostakovich was filled with self-loathing, later calling himself a “paltry wretch, a parasite, a puppet, a cut-out paper doll on a string!”

The ironic thing is that, through this entire debacle, he kept composing exactly the kind of material that was landing him in so much trouble. At the piano Shostakovich was able to somehow find the courage he lacked at the podium, and it is in the very work that he was working on at the time of this self-defacing speech that he first introduced his signature leitmotif, the four-note DSCH pattern that spells out his initials. (The leitmotif consists of the notes D, E flat, C, B natural,thus standing for Shostakovich’s initials in German transliteration: D. Sch.) By this time he was effectively living a double-life: on the one hand obediently and halfheartedly writing patriotic works, pouring his energies ever more fervently into more subversive compositions such as his string quartets.

Shostakovich struggled for the entirety of his adult life with the hypocrisy of his own actions in tacit defense of the Soviet Union, which contradicted everything he stood for. However, unlike his colleague and mentor Prokofiev, who was similarly impacted by repressive state censorship, Shostakovich did live to experience one small piece of satisfaction: the death of Josef Stalin. His subsequent Tenth Symphony, the first one he wrote since Stalin’s censorship of the Ninth almost a decade years earlier is, according to Shostakovich’s own words, a musical portrait of the dictator. Tellingly, it as a tortured work that ends with the almost hysterical repetition of his eponymous motif in the brass, followed by timpani strikes that nearly drown out the orchestra. One does not have to try hard to picture the composer gleefully cackling out his own name while dancing on Stalin’s grave.

Captured and Remastered: the Soviet Union in the 20th-century