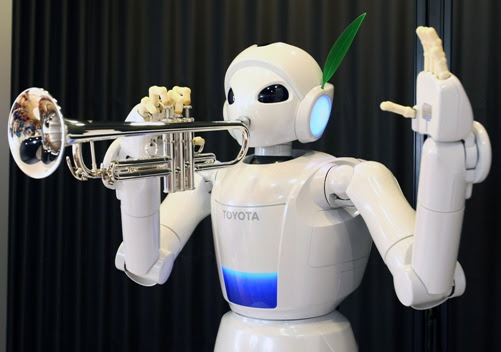 Music technology is exploding with cross-pollinating projects, researches, and inventions pushing the creation of music via technology to dizzying heights. For living and breathing musicians and composers, what implications can be deduced?

Robots have typically struggled with the kind of creative tasks that separate man from machine.

Our society seems to be nudging in the direction of efficiency and convenience. So it's no surprise this attitude is gradually seeping into the arts, including music, with some possible resistance. The rift between acoustic and electronic music seems to be settling as institutions offer more and more courses that delve deeper into the unknowns of electronic-based music effectively dissolving the tension. There is still a hint of resistance from classical musicians, composers, aficionados who could be concerned about the authenticity of music produced by such technologically dependent practices. In the field of pop music,  artificial intelligence and algorithmic systems are two aspects of music technology that seem to be addressing such concerns embedded in this resistant attitude.

Jukedeck is a songwriting platform that allows the user to create their own personalized song via an algorithm based on various buzz words. Co-founder and COO Patrick Stobbs says the software is to be used primarily as a tool for songwriting rather than replacing humans altogether. As far as the layman is concerned, the software is ideal for creating your own soundtrack to amateur films, slideshows, or study/work music for example. As for the contemporary classical composer, the merit is when asked to write generic music for a shopping center, or elevator music, or advertisement, as this is rarely interesting work and often serves purely as a "cash-cow". However, as Stobbs states, the software is extremely user-friendly, and therefore it could indeed replace the musician or composer who relies solely on these impersonal musical installments for income. 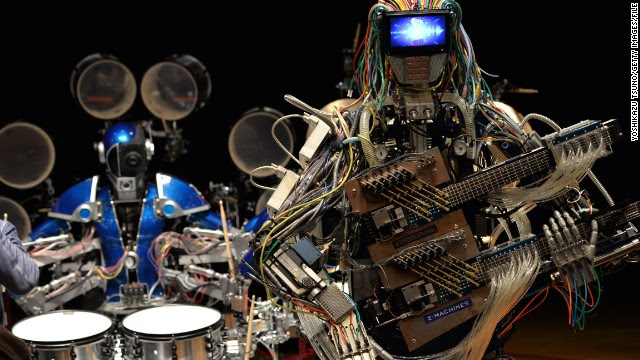 Tom Jenkinson, better known as British recording artist Squarepusher, has been working on a project involving an entire robot band comprised of March - 78-fingered guitarist, Ashura - 22-armed drummer, and Cosmo - laser-driven keyboardist for which he has written "his" new EP. Similarly, Jenkinson has used these musical apparatuses as tools rather than as collaborators. Although the "band" has had some early success in Japan, whether the mechanical posse's soulless appearance will take off is unknown. Jenkinson behind the music suggests further advancements would need to be made before the group would be considered a true threat to their warm-blooded counterparts. And the question still remains if this would be enough to create the same engaging emotional splendor one might experience in a show given by 100% humanoids. 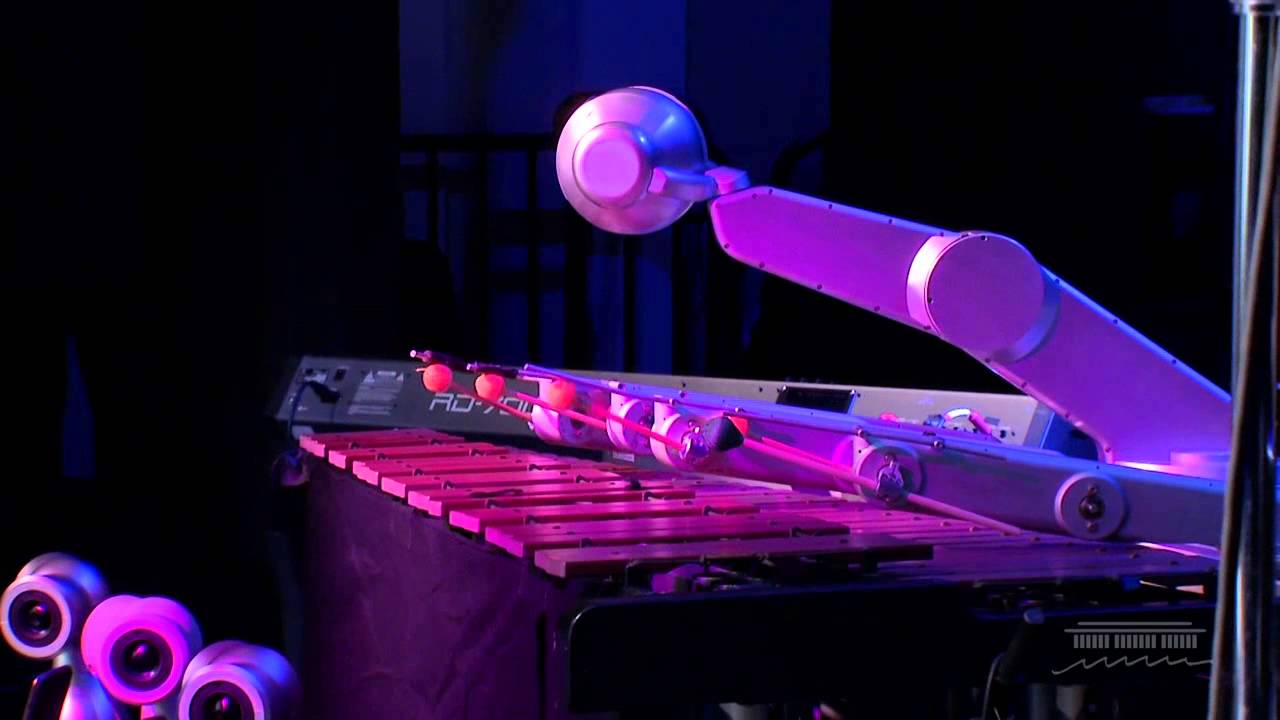 The technology missing from these previous examples could be answered by Shimon - a robot musician created by Dr. Gil Weinberg, the director of the Georgia Tech Center for Music Technology, nearly 10 years ago. The R-musician has a catalog of over 5000 works compiled from mostly classical and jazz repertoire from which it draws upon when "composing" in real-time. Like the two earlier examples, and perhaps for reasons of marketability, Weinberg states he invented Shimon to be used to "enhance" the creation of music rather than replace it completely. Its self-reliant capabilities are impressive and this, perhaps, is the most daunting addition to the world of music technology for conservative classical musicians and composers. From initial viewings, it seems Shimon has the most potential to possibly and perhaps eventually replace the composer/musician in various platforms. Its very nature is to evolve. An improviser/composer is essentially a filter made up of various musical influences, experiences and impressions which then inform the how, what, and why of the musical result. Weinberg has articulated the composer's mindset and installed it in a maturing, albeit currently primitive, robot. Though, in spite its obvious musical possibilities, will such a machine ever be capable of replacing that which we still know so little about - the human brain?

The compositional process is complex. Incalculable decisions are made while writing from initial conception to the odd tweak during rehearsal. Contemporary classical composers are notoriously fastidious, meticulous and protective creatures when it comes to their artistic identity and compositional material. So although these new advancements serve a purpose, they may not attract the highly skilled craftsman who prefers control over convenience. On top of that, stylistically these music machines are limited in their nuance of sound and degree of decision-making. Some argue modern music already betrays a human-less quality, though this is perhaps more a question of taste than fact, as there is still and arguably always will be an audience who deeply desire the more emotionally complex and intellectual musical works dealing with delicate elements such as texture or timbre rather than traditionally melody and harmony. Who's to say what breakthroughs in musical nuance will come, both in the human and AI realm,  though the music of the contemporary composer has always been a niche and will most likely remain as such. So is there really cause for concern?

"AI and algorithmic structures play a large role not in the composition of music but rather the processing of existing music" as stated by Anne Veinberg, concert pianist and PhD candidate at Leiden University.  Veinberg and Noriega's CodeKlavier uses machine learning to recognize the pianist's musical gestures and transform this into programming functions for electronic music or other digital art forms. In this way, we see music empowering technology which could help ease the minds of musicians or composers who feel their livelihood may be threatened. These technological breakthroughs in the arts ought to be seen as opportunities rather than hindrances. To quote a human, "the times, they are a'changin'". Though perhaps we're passed identifying change and simply living in a perpetual state of change. And this is perhaps the point - although AI and complex algorithms are making available exceptionally advanced tools, will these tools ever truly replace the human spirit - that, which is scientifically immeasurable? As it stands, the personal intimate quality of composer-to-musician-to- listener interaction cannot be replicated by any current man-made apparatus. It is also important to note the attachment when one experiences the symbiotic connection with an object like an instrument or system. So then why can't the two inform each other? After all, technology and the art of music-making as we know it today would not exist without the initial human catalyst.