Article: Getting on the Night Mail

When Benjamin Britten joined the team of the General Post Office Film Unit as a composer, aged 23, he took on his first regular paid composing work less than three years after he graduated from the Royal College of Music.

Based in Bennett’s Park in Blackheath, the GPOFU was an experimental documentary-making team that showcased the work of the General Post Office in 1930s Britain - a forerunner of Britain’s celluloid propaganda machine during the second world war.

When Britten joined, he not only secured a regular salary, but took the first steps on a path that established his distinctive compositional voice. In a little over 18 months at the GPO, Britten had composed 21 scores to accompany a burgeoning portfolio of films produced by documentary-maker and PR pioneer John Grierson.

Night Mail – a short film telling the story of the how letters and parcels were transported up and down the country on a night train - is the most well-known of the GPO’s output.

Working with the poet WH Auden on the GPO films is thought to have had a major influence on Britten, politically and personally, but it was the demands of the film production process which had a significant impact on Britten’s compositional style –  he had to work fast, write to order, and craft material to fill time.

The lack of budget for musicians demanded a resourceful approach to scoring. In Night Mail especially, the small chamber ensemble may sound sparse but the writing packs a descriptive punch. The almost sinister characterisation of the steam train careering its way up the country in the dead of night, contrasts starkly with the romantic representation of its destination at sunrise.

The orchestration isolates the awkward rhythmic patterns that Britten often favours in his music. The mechanics of a steam train in motion are depicted by jolting percussive sequences played on bare strings and drums - spotlighting the composer’s enthusiasm for instrument colour. The exposed instrumentation also positions us inside the workings of the train, heightening the thrill of the journey. It makes arriving at the destination feel like a towering personal achievement.

Britten would return to similarly small forces ten years later when again borne out of necessity, he used a small group to increase the affordability of staging his follow-up to Peter Grimes.

Premiered in 1946, The Rape of Lucretia has all the hallmarks of the Film Unit years. Evocative musical textures borne out of a need to get full value from the musicians. In Act 1 scene 1’s Hear the thirsty evening, crickets are depicted by a twinkling harp and bullfrogs by pizzicato glissandi in the double bass. Both share the oppressive heat depicted by muted strings with the characters on stage.

In the comic opera Albert Herring that followed in 1947, an extended recitative in Act 1 Scene 1 during which each member of the ensemble submits their suggestion for the May Queen to the indomitable Lady Billows, accompanied by a solo piano depicting each individual character with a different musical style.

And later in 1954, the same descriptive opportunities were exploited throughout the Turn of the Screw premiered in 1954 – in The Journey at the start of the opera for example, we hear the innermost fears of the newly hired nanny as she travels to her new work in a gently rocking coach depicted by muffled percussion.

This efficient writing was Britten’s trademark, and it had its roots in the formative experiences at the GPO Film Unit in the 1930s, illustrated in Night Mail.

Listen to Britten's key works on Primephonic with our Britten: #101 playlist. 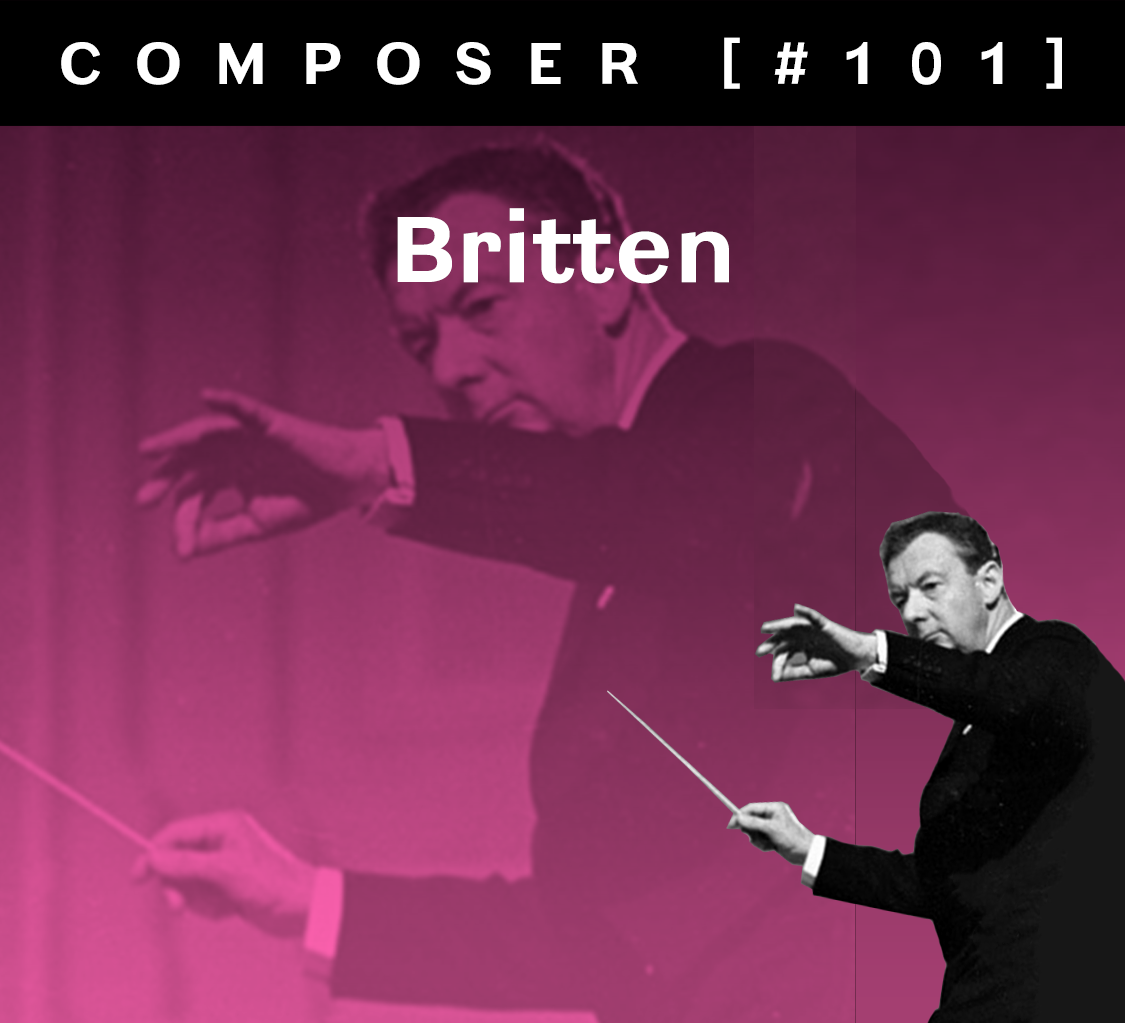