In the 20thcentury, the great cities which formed the foundation of American prosperity and imagery had found their musical champions in numerous composers ranging fromGeorge GershwinandDuke Ellington. The representation had largely settled into a familiar pattern ranging from noisy urban and industrial onomatopoeia to syncopated rhythms and jazz-inspired harmonies. It is somewhat surprising that no composer had succeeded in filling the equivalent role as the authoritative depicter of rural life.

As early as the 1930s, Copland was determined to be that man. His early experiments with symphonic jazz yielded mostly disappointment, as the genre failed to resonate with Copland’s style. He instead began to seek a means of expression that could be universally accessible and still tell the unique story of rural America. Most of these attempts were collaborative, multimedia efforts, such as the balletBilly the Kidand his score for the Hollywood filmOf Mice and Men, both completed in 1939.

Martha Graham, starring as the Bride

Copland completely overhauled his style in a relatively short amount of time, transforming himself from a pale imitator of Gershwin and other European composers who dabbled in Jazz to a unique American musical icon. For Copland, the work that helped cement this transition wasAppalachian Spring. Originally commissioned by choreographer Martha Graham for a ten-person chamber ensemble (which Copland decided to expand to 13 with winds), the ballet tells the humble story of a family celebrating the raising of a farmhouse in rural Pennsylvania.

The fame ofAppalachian Springspread rapidly after its 1944 premier at The Library of Congress in Washington D.C. Copland received a Pulitzer Prize for Music in 1945 and was commissioned to arrange several versions of the work, notably including the 1945 orchestral suite, which was first recorded that same year by Serge Koussevitzky and the Boston Symphony Orchestra. 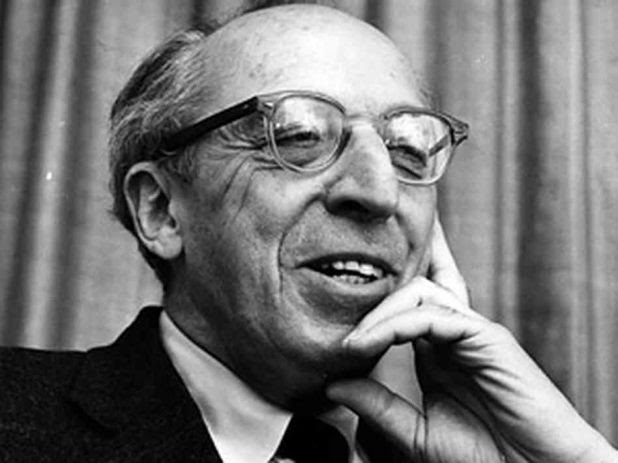 Somehow, Copland had managed to capture the very essence of rural American life with his works from the 1940s. How he was able to create music that was so evocative of the American heartland is a fascinating study in the power of music to use abstractly represent tangible places and imagery. Many of the most unique aspects of Copland’s compositional language, including his use of open harmonies, wide intervals and modal melodies inspired by music from the British Isles can only partially explain its elevation as an American classical anthem.

The true power and purpose of the work is announced to the audience in indisputably blunt terms by Copland himself as the ensemble memorably introduces the Shaker song “Simple Gifts” in the penultimate scene. Finally everything from the humble setting to the rustic accompaniment makes sense, not as a celebration of the opulent or extreme, but as an appreciation for the simple things in life. Ordinary aspects of life such as dance, prayer, parenthood and marriage subvert the grandiose expectations behind noble classical forms. It was this understated approach which elevatedAppalachian Springfrom a nostalgic work to a watershed moment in American artistic expression.

An Interview with Nimrod Borenstein

A Century of Sinatra