A Tribute to Ten American Composers 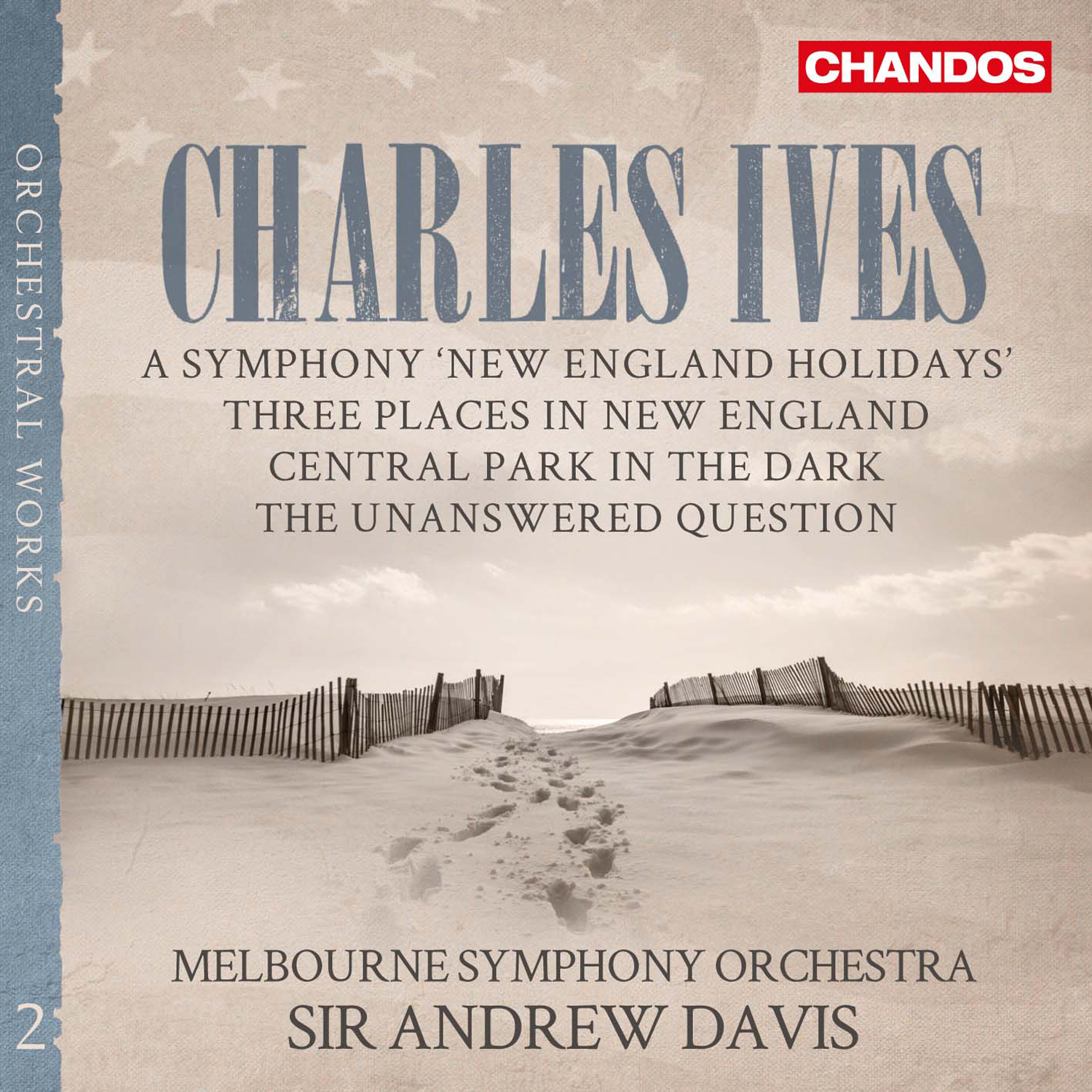 At the beginning of the 20th century, the American orchestral repertoire gravitated towards Austro-Germanic traditions, while operatic life followed in the German, French and Italian way. This would soon change. The 20th century in the United States of America was a time of extraordinary artistic developments, brought along by technological achievements. These years brought striking innovation in musical composition. The following selection of ten American composer is just the tip of the iceberg of the rich landscape of American music in the 20th century.

There is not a single musical work that can sum up the musical language of Charles Ives, America’s first modernist composer, however hisThe Unanswered Question, Central Park in the Dark and Three Places in New England come close.

Among the exhaustive list of isms – impressionism, nationalism, serialism et al – lies one that is not hugely referred to in music, yet not unimportant in the career of Charles Ives. Transcendentalism, the American literary, political and philosophical movement of the late 19th century, inspired Ives to compose one of his most well-known works, the Second Piano Sonata, also known as theConcord Sonata, which he completed in 1919.

Transcendentalism began as a protest against conventions in society, in the intellectual world and in spiritual beliefs. The core thinking was that an ideal spiritual state transcends the physical state and that is realised by intuition, rather than organised religion.

John Philip Sousa was dubbed the “King of the March.” He was wildly successful with his patriotic marches and with the band that he formed and conducted. In addition to music for bands, he composed operettas and songs. Sousa has left a lasting impact on the sound of American – particularly patriotic – music.

In the last decade of his life, Sousa became increasingly interested in music education and became involved with school music and band contests. He died of a heart attack in 1932 after a rehearsal of his legendary Stars and Stripes Forever. Sousa’s impact on the American style of music is still evident and his marches remain very popular today among bands.

George Gershwin was the son of Jewish immigrants and was introduced to classical music as a child. Aged 15, Gershwin quit school and started working as a Tin Pan Alley ‘song-plugger’ who then began working exclusively on Broadway as a rehearsal pianist in Broadway’s best theatres where his musical and compositional skills were highly appreciated by his peers.

What followed was his breakthrough hit,Rhapsody in Blue. This work posed questions such as ‘Is this classical music with pop elements?’ or ‘Is this jazz music trying to be classical?’ It gave Gershwin the chance to sit at the piano and play his native music for a completely different audience than he was used to – an audience that had previously reckoned jazz was beneath them.

Thereafter, he created a string of supposedly concert-hall-appropriate works: Symphony in F – an even more ambitious 3-movement bluesy piano concerto;An American in Paris, which can be arguably elevated to the status of tone poem, rather than a mere rhapsody; and Gershwin’s operaPorgy and Bess, which he himself referred to as a ‘folk opera’. The opera, from which the hitSummertimestems, deals with poverty, drug-dealing and racism in an African American community in Charleston which has over the years raised eyebrows over its wild inaccuracies and stereotypes. Nevertheless, it still remains one of the darlings of the early 20th century American repertoire.

From school dropout song-plugger to America’s most famous composer who introduced jazz to the concert hall, Gershwin had reaffirmed his place in classical music.Rhapsody in Bluehas not just changed public perception of what is acceptable in the classical concert hall, it has stood the test of time and is widely performed and recorded today. 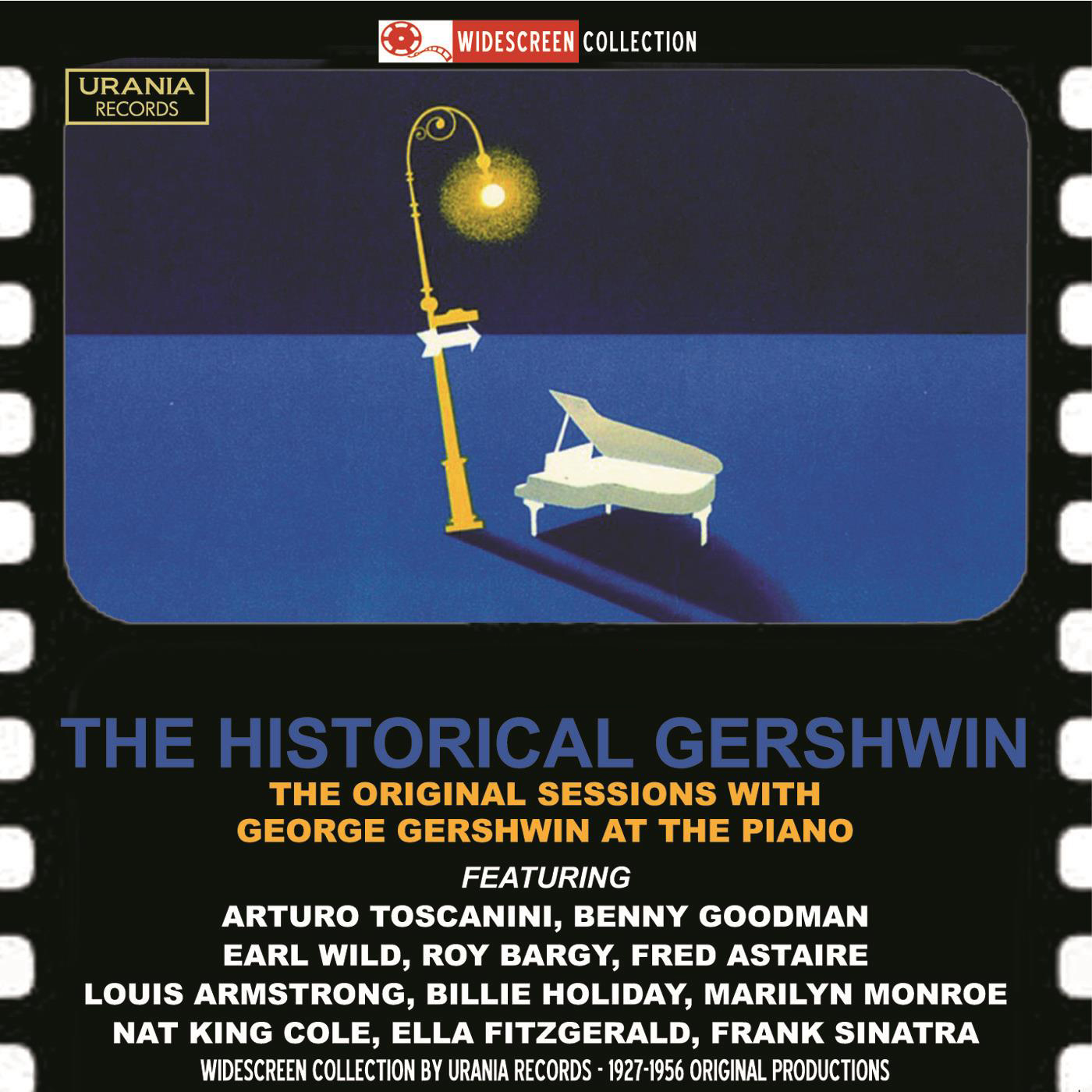 Leonard Bernstein, one of the strongest proponents and ambassadors for classical music of 20th century America, was born into a family of Russian-Ukrainian Jewish immigrants in Lawrence, Massachusetts. His father bought him a baby grand piano for his Bar Mitzvah. As a pianist, composer, conductor, and educator, Bernstein's legacy is outstanding. He composed in many forms - symphonies, chamber music and choral works - although his most enduring works are his Broadway masterpieces. He is most famous for his award-winning score for the musicalWest Side Story, the film soundtrack of which is still the fifth-highest selling album of all time.

Bernstein also wrote three symphonies, numerous concertos and chamber pieces, a Clarinet Sonata, a mass, show tunes, solo works, and even one film score, forOn the Waterfront(although many more film scores were adapted from his music.) Although he wrote for a wide variety of contexts, Bernstein’s enduring compositional legacy remains with his work for Broadway, and he has said himself that he finds an element of theatre in all of his works.

Philip Glass has proven to be a fearless catalyst in a new musical aesthetic that revolutionised the public perception of art music. Philip Glass’s musical style has evolved significantly since his minimalist years – nowadays he describes himself as a composer of "music with repetitive structures" rather than a minimalist. His wide-ranging collaborations included projects with David Bowie, Woody Allen and Allen Ginsberg. He was one of the principal figures in establishing minimalism in the 1960s and has since become one of the most critically acclaimed and globally successful composers of his generation.

He has had an extraordinary influence on the musical, artistic and intellectual life of his whole generation. His music does more than merely please listeners with its beauty and novelty – it has the ability to dive deep into our cultural consciousness.

John Corigliano, Jr. is one of the few contemporary composers to have enjoyed such long-lasting appeal. He is best known for his use of traditional formats such as the concerto and symphony, as well as for several famous film scores, most notablyThe Red Violin. Corigliano’s works have been performed by many of the most notable orchestras and soloists in the world.

Corigliano has consistently shown that he is most at home writing for orchestra, and many of his most memorable pieces are in that format. In addition to his three highly acclaimed symphonies, he has written seven concertos (for violin, flute, clarinet, oboe, guitar, percussion, piano and voice with live electronics) and many shorter works for symphony and chamber orchestra. Corigliano even composed one opera,The Ghosts of Versailles(1991), which features an orchestra on stage in addition to in the pit and employs many disparate compositional techniques such as 18th century tonal writing, serial and timbral counterpoint. The International Classical Music Awards named it Composition of the Year in 1992, and it enjoyed immense popularity, including productions in Chicago, Houston, and Hanover in Germany among other places, with a revival in 2009 by the Saint Louis Opera Theatre.

John Cage is one of the true giants among 20th century composers. He was a visionary whose influence transcended the genres in which he is best known, including avant-garde, minimalism and electronic music, and led many others to question and redefine the very essence of what constitutes music and sound. Many of his works are considered to be some of the first examples of performance art, years before the term was even coined.

Cage continued to push the boundaries of expectations throughout the 1970s and 80s, remaining an active composer until his death in 1992. Works from this period include his Child of Tree (1975), which calls for an amplified potted plant, Il Treno (1978), for prepared trains and Roaratorio (1979), a piece combining electronics, Irish folk musicians and Cage’s own reading of excerpts from the text of James Joyce’s novel, Finnegan’s Wake. Although Cage had lived most of his life outside the confines of the musical mainstream, by his later years he had been elevated to the status of reluctant popular icon, and he remains one of the most controversial and innovative composers of the 20th century. 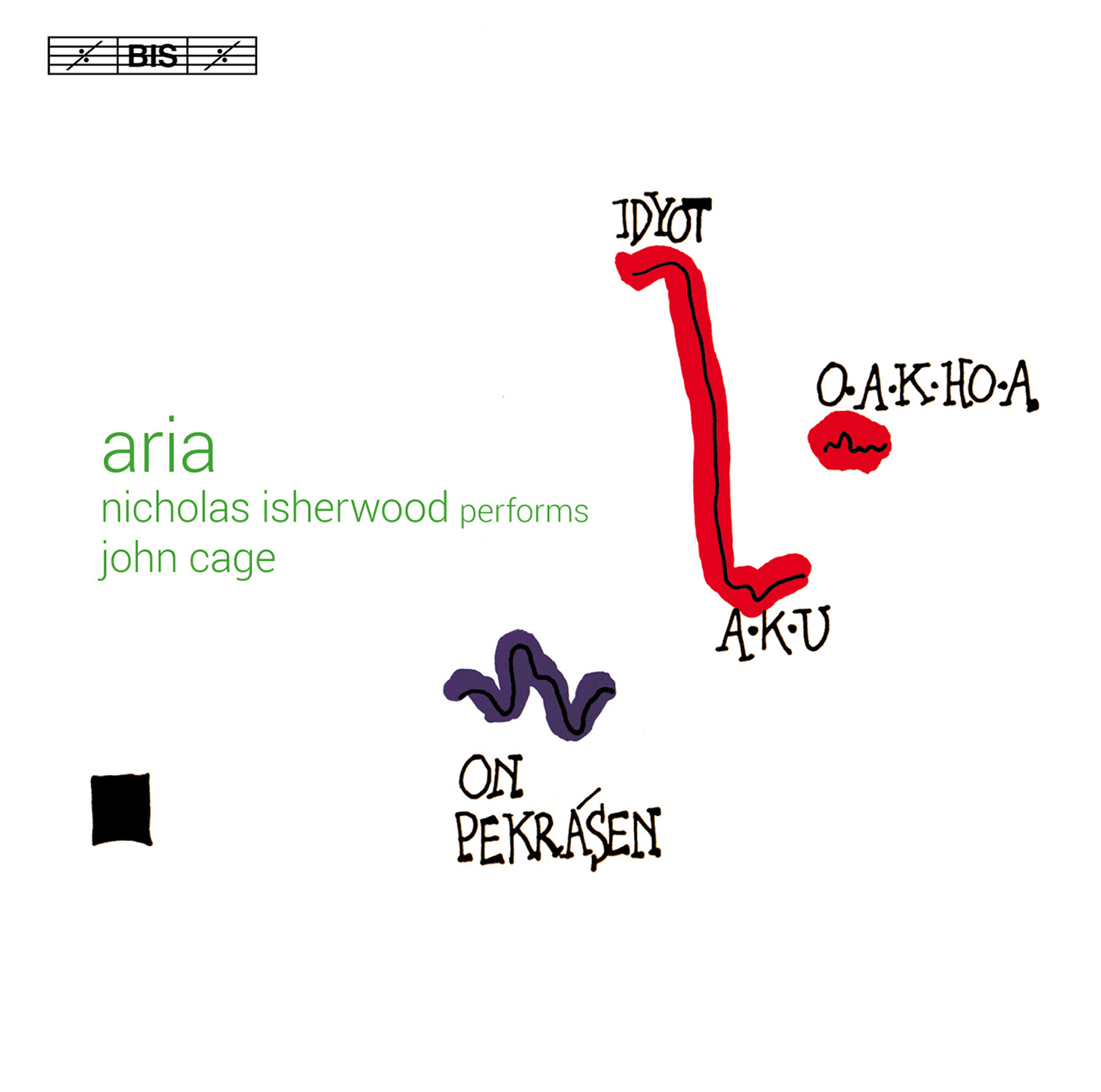 John Williams is probably the most widely recognized composer in the present day, owing to his broad popular appeal. With an incredible catalogue of more than a hundred scores for feature films, as well as several concertos and other large-scale works. His film scores, many of which are among the most popular of all time, have spread his trademark romantic sensibilities and grandiose symphonic style into the living rooms and hearts of hundreds of millions of people.

Williams holds more Academy Award nominations than any other living person, with an impressive 49, in addition to his 14 honorary degrees from American Universities, over 20 Grammy Awards and a National Medal of Arts. In all of his works from the beginning of his career until well into the 21st century, Williams continues to demonstrate an extraordinary flair for melody and orchestration, and a keen eye for maintaining tension and drama. For these reasons he is rightfully ranked among the greatest and most influential of film composers.

Steve Reich is famous for his pioneering work in what has come to be known as the minimalist style. Beginning with tape loops and later turning to live instruments, his work is characterised by its clear compositional processes, magnified by repetition and gradual development.

Steve Reich was awarded the Pulitzer Prize in 2009 for the composition Double Sextet (2007) and Grammy awards for Different Trains and Music for 18 Musicians. His compositional language and techniques have proven hugely influential, reaching into genres far removed from what is traditionally considered classical music. Much like other experimental music of the era, Reich’s music is concerned with the beauty and subtlety of musical process, but, uniquely inspired by machines and the modern world, his music has taken on a pulse and vitality all of its own. 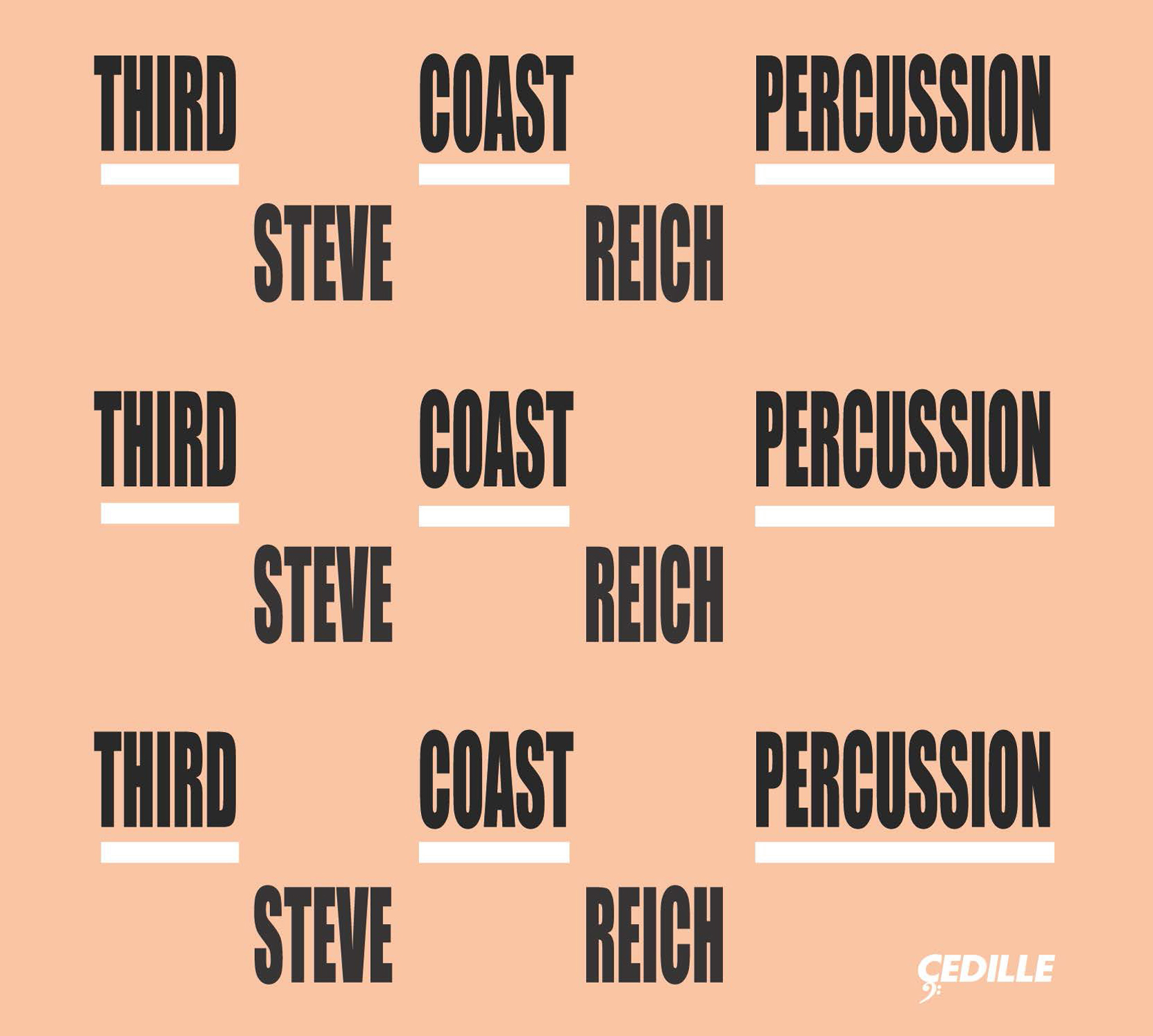 Aaron Copland is one of the most revered composers in the history of American music. He was renowned for his ability to simultaneously evoke the broad expanses of the American frontier and the teeming commotion of his native New York. He composed in a lyrical manner, with a folk-like populism. His distinctive sound came to be known as the Americana style, which has been synonymous with the sound of America.

One of Copland’s lifelong goals was to create classical music for the masses that was unpretentious and accessible. Copland commented, “I occasionally had the strange sensation of being divided in half—the austere, intellectual modernist on the one side; the accessible, popular composer on the other.” This was a struggle that many classical composers faced, but by the mid-1940s Copland had chosen his path and was regularly writing works that proved accessible and popular.

As Stravinsky famously put it: "Why call Copland a great American composer? He's a great composer." 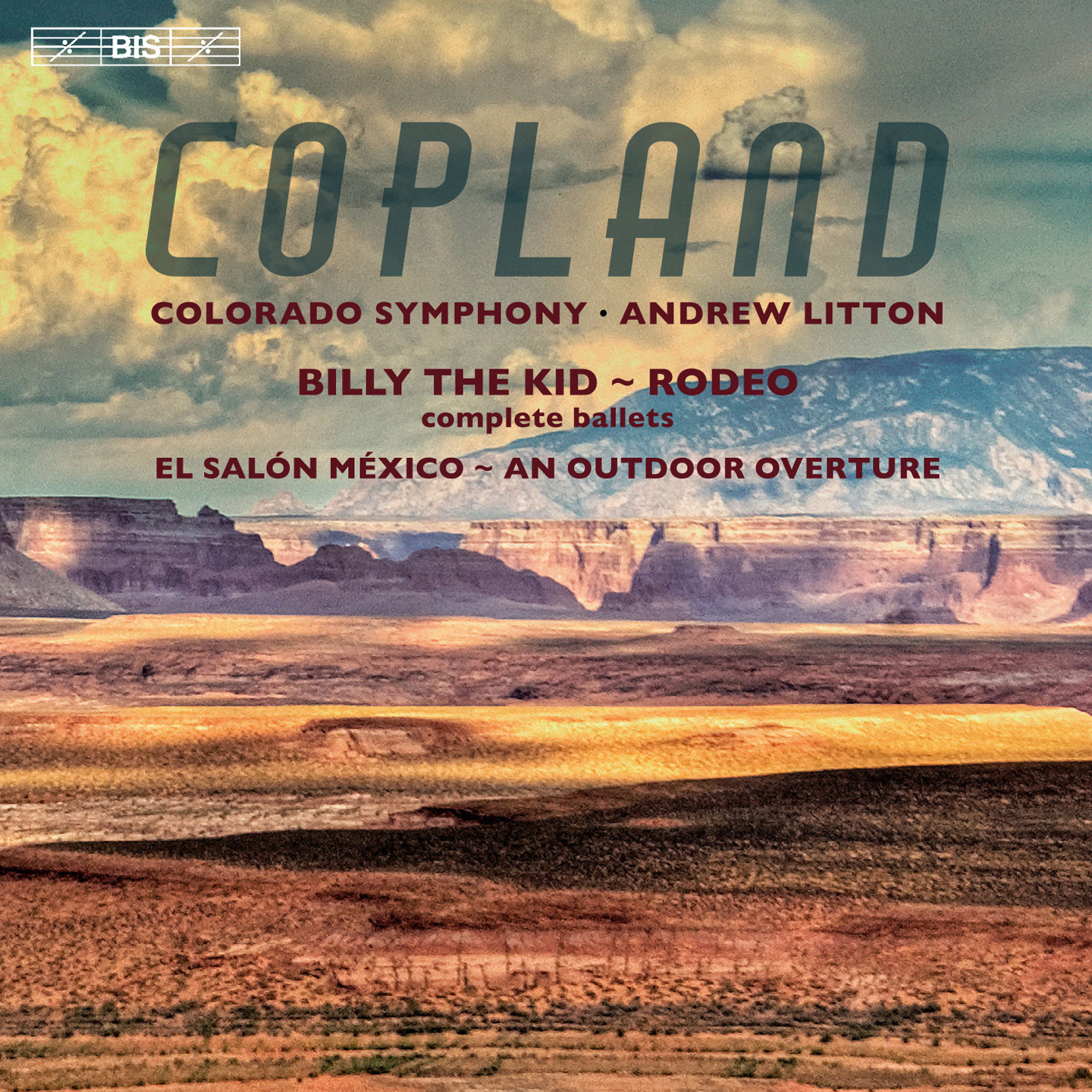