A Special Kind of Humanism: An Interview with Gil Shaham

Gil Shaham, hailed by the New York Times as 'One of today's preeminent violinists' spoke to primephonic after his recent performance at Barcelona’s L’Auditori. There was much to discuss, from Yehudi Menuhin and Alban Berg to Shaham’s 1699Stradivarius and the contrasting worlds of live and studio performances.

It’s Friday evening in Barcelona and Gil Shaham has just performed Alban Berg’s Violin Concerto at L’Auditori, the city’s modern concert hall. As I congratulate him on his performance, he exclaims: 'I love playing this piece. It’s almost like Wozzek or Lulu for violin and orchestra!'

I was reading that Berg’s concerto was premiered here in Barcelona.

And this is incredible. The story behind the composition is that Manon Gropius, the daughter of Alma Mahler [who had been married to Gustav Mahler] had died from polio, and Berg wrote this letter to her parents saying in a few weeks they would have from him an expression of his feelings. So he wrote this piece, a sort of a requiem for this young woman, which ended up being his own requiem, as it was the last work he composed.

And the premiere took place here in Barcelona and of course Berg never heard it, because he died shortly after finishing the composition. But Benjamin Britten was in Barcelona for the premiere and he said he found the music devastating - I can’t remember his exact words, but he was shattered. And so maybe Berg’s piece served as an inspiration for Britten’s own violin concerto.

Throughout your career you have tackled some of the most challenging works in the entire repertoire. Would you single out certain works that were especially important to you in your development as performing artist?

Lorin Maazel, the conductor, once told me: ‘Gil, you will see that music is more fun the older you get.’ He was in his seventies when he told me that. Now I am forty-five and I think I am beginning to understand what he meant. Each one of these pieces, these great masterpieces, is like a friend, like a person you’ve known for so many years. It’s hard to think of one in particular; I enjoy so many of them, more and more as time goes by.

I think in general I see all music a little bit differently than when I was younger.  But with Prokofiev’s second violin concerto I’ve seen an even bigger change than with other pieces. There are passages like this beautiful Russian melody that starts with the solo violin [he starts humming the notes] and then it transforms and the bass plays the pizzicato [continues to hum] and the violin has these very fast 16th-note passages. I don’t know what I made of it when I was younger, but now I think for Prokofiev this was something quite dark, something very sinister. You know, here is this melody, a protagonist in the story, and it’s transformed… Later I read things he wrote about other pieces, where he says that violin scales are supposed to sound like the wind in the graveyard. So today I look at this music and I have a little more context.

Your extensive discography includes some of the most demanding works ever written for violin, such as the Tchaikovsky and Sibelius concertos, or JS Bach’s sonatas and partitas for solo violin. How do you approach studio recording as opposed to performing in public?

Performing in public is something that I am very much used to. I couldn’t say exactly, but my concerts must be somewhere in the hundreds or maybe thousands, while in terms of recordings: I think I have done less than fifty. So I am more used to giving public performances. But there are some differences. For example, I find that when I record for the microphone I want to play things a little bit faster, whereas in a live concert with all the room noise and different things happening, the tempos can be a fraction slower.

When you go into the studio, do you already have a fixed idea of how you are going to play a given piece?

I think the older I get, the more fixed my ideas become [laughs]. But I’ve also learned that it’s important to be flexible, so I try to be more flexible than I used to. Also, in my experience with recording, a lot depends on the producer and the relationship you build together – if it’s someone you can trust, someone with a vision. I like to be open to ideas and suggestions, because I find that this way I can learn from others.

You have been praised for bringing a ‘special kind of humanism’ to your interpretations, a quality that has also been attributed to the great Yehudi Menuhin. You knew Menuhin personally: in what ways would you say that your acquaintance with him influence your art and personality?

I was very lucky to have known him. He was a very inspiring man, and extremely well spoken. He was always very kind to me and very gracious, and I remember several long conversations I had with him. He was very close to Bartók and he was happy to talk about their discussions or Bartók’s solo violin sonata and second violin concerto, for which I felt very honoured and lucky. I also worked with him as conductor several times, I remember we did a European tour once with the Sinfonia Varsovia.

I like the books of Heinrich Schenker [Austrian music theorist known for his approach to musical analysis] and I remember speaking about this with maestro Menuhin. He too was very interested in this, and told me that while playing Lekeu’s sonata as a young man, he one day looked at the score and thought ‘here are the first few notes, let me see how the next notes are connected to the ones that came before.’ And he said that he thought about it for a long time and finally came up with an idea for the entire composition, to understand how the composer made the piece grow organically. And this would become his approach to every piece, to try and understand every note the composer put on the page.

How does it feel to perform on such a unique instrument such as the ‘Countess  Polignac’ Stradivarius?

I am so lucky to have this violin. It was made in 1699, and I have it since 1989. It’s like my iPhone, it’s much smarter than I am [laughs]. After all these years, I am just beginning to understand what it can do. It was built at the time when Stradivari was experimenting with shapes, and so it’s a little bit long. It’s called the ‘longie’, as you can see it has a bit of a belly. It’s not from Stradivari’s ‘golden period’, but it still sounds amazing.

One time, following a performance, a couple came backstage and told me: ‘we are Polignacs and we would like our violin back’, but then said they were only joking – thankfully [laughs]. Another story that I used to tell is that this violin was allegedly owned by the reputed mistress of Benjamin Franklin, when he was the US ambassador in France. But then fifteen years ago I got an email saying ‘Gil, please stop telling this story, it’s not true’. So now I don’t know which part of the story is not true… 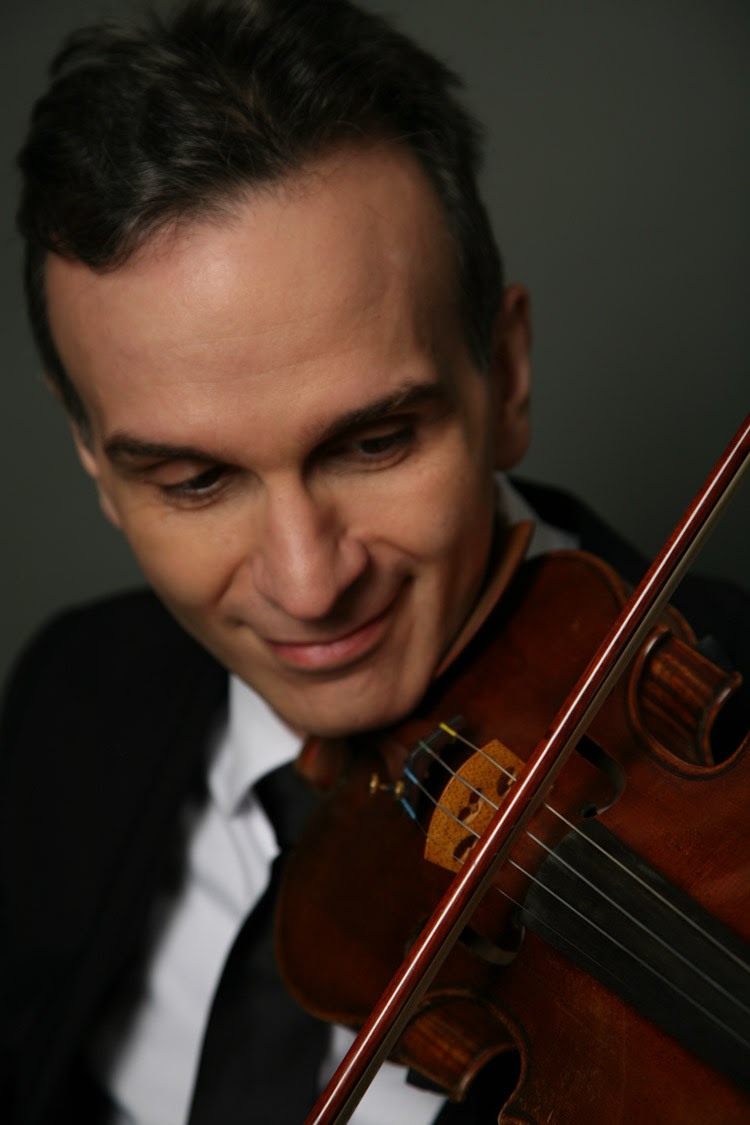 Gil Shaham is pictured here with his ‘Countess Polignac’ Stradivarius (1699)

The violin started out in France. Countess Polignac was in the court of Louis XIV, but she was also very influential in Venetian musical life. She commissioned a lot of concertos by Vivaldi, and she was the one who brought The Four Seasons to Paris. Then the violin stayed in France for many years, maybe for a couple of centuries, and then it went through England and Australia and I eventually found it in Chicago. I knew the previous owner, a businessman and a patron of the arts, so one day he called me up – I was eighteen years old – and said ‘Gil, I want to sell the violin, and I will give you the first option to buy.’ I felt this could be a once-in-a-lifetime opportunity, so I started calling banks and took out a big loan, and now the violin is mine.

As a soloist you have toured extensively and performed in some of the most renowned concert halls worldwide. Are there certain venues that are especially dear to you? Is there a place you would call your ‘musical home?’

It’s always nice to come back to places I know, and there are some very beautiful halls. But these days I try to stay home much more than before. My wife, Adele Anthony, is also a violinist and now we have three children, so I try to stay at home more. I try to do about fifty concerts every year, and as close to New York as possible.

What is in store for the future? Any specific projects you are looking forward to?

Next month I am playing Beethoven’s violin concerto with the Bavarian Radio Symphony Orchestra and maestro Mariss Jansons. We will play in Munich and tour around Asia. Then I will go to Israel to play with the Israel Philharmonic Orchestra. I love going back to Israel – it’s my home. I live in New York, but as someone with similar background to mine once said: ‘if Israel is my mother, then America is my wife - or girlfriend’ [laughs].

For the rest, I will continue doing what I have been doing… I’ve been busy with this project with music written in the 1930s and this year I played the concerto by Roger Sessions for the first time. So hopefully I will make more recordings and play more of this music. Finally, I have been working with some composers I am very excited about. I have done some works by Avner Dorman and we are now thinking of doing another piece, maybe a double concerto or something, so I am very excited about it. 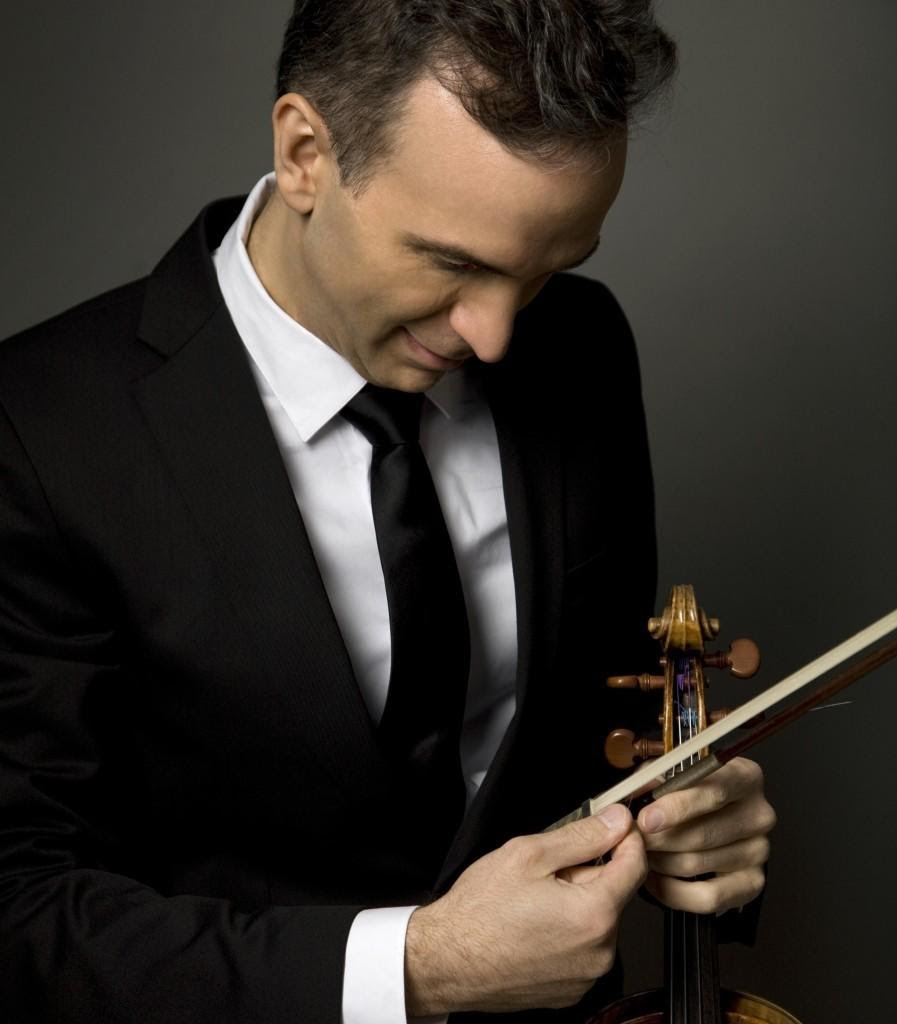 The “Golden Age” of Violin Playing